I've been making an active effort to have more me time and thus have been stitching more. I have the next two weeks off so hopefully that's even more stitching time, even factoring the traveling I have to do. Without further ado, here are the updates. 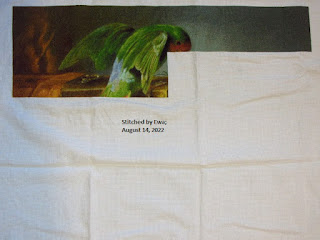 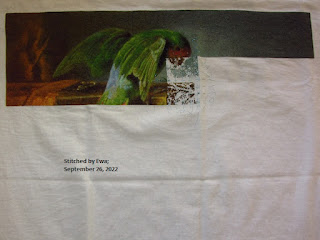 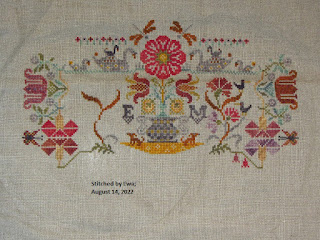 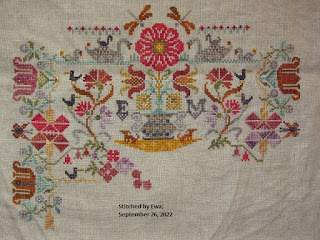 I'm pretty happy with my progress on both pieces. They are both really pleasant to stitch but in wildly different ways.

I'm on a bit of a kick lately to clear out my stash, both in knitting and in stitching. I just finished knitting my first sweater with yarn I've had for close to a decade. IT was really satisfying to cross that off my list. Now my focus is on a commission piece, which I really want to finish as soon as possible and move on. There's something really motivating about actually finishing something, especially if you've been working on it for a while. As a result I'm trying not to start new stuff and just focus on what I have going on, finish it up, and move on to the next thing I have going on. We'll see how it goes, but so far I'm really enjoying it.

Some of you asked me what I'm reading. I just finished A Shadow in the Ember. Then I took my Goodreads "to be read" list, ran a random number generator, and picked up whatever book it landed on. That turned out to be Credible Witness: Paranormal Police Stories which I must have heard about on a podcast or something and added it to my to be read after which I promptly forgot about it. It's kind of a fun way to decide what to read next.

So that's basically it. I'm much happier with the way things are now. I hope I can keep it up.

Jo who can't think of a clever nickname said...

I’m so glad that you are feeling happier and stitching more! Game of Swannes has such gorgeous colours.
Do pop by and see what I’m planning for Dark October.

Lovely progress on your WIPs - every little bit completed is a step closer to clearing out the stash, right! Hope you manage to make good progress on finishing the things you already have started. I have so many things on the go at the same time, perhaps I need to do similar!

Once Upon a Fairy Tale (SSMC)

Once Upon a Fairy Tale SSMC Status 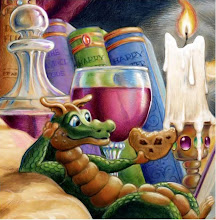 Ewa
I am a 36 year old corporate paralegal reading and crafting in what little time I have to myself. I'll read anything. No, really...